You are here: Home

We are peaceful law-abiding non-combatant civilians.

We stand under the Public Law and The Law of Peace.

We are owed all protections and guarantees.

We are not Municipal citizens of the United States.

We claim all exemptions.

Our State Assembly is in Session and our State is enrolled as a State of the Union.

There can be no Presumption of a Public Trust Interest.

We have not subjected ourselves to any foreign law.

We have not granted any Power of Attorney.

We request and require Full Disclosure of the Case-Claim. 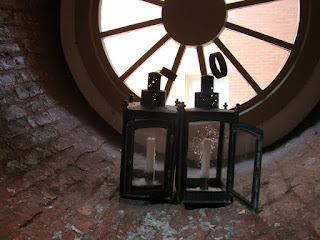 Paul Revere’s midnight ride in 1776 to the Old North Church was to light 2 lanterns.

The defacto lives in the Sea of Commerce – chaotic democracy – is emotions (water) that infiltrated into our country and bound us all into fraudulent contracts to usurp our God given un-a-lienable rights!

This is a Rescue Mission to bring all Mankind back on the Land and restore the dejur Republic…ASAP!

Forming your thoughts of your knowledge of who you are is put on paper and then Declare your status by putting “on the Record” by Publishing your Political Status for all the world to See.

United We Stand, divided we fall.

I am here to Stand and Serve to bring all Mankind-Man, Woman, and Child back on to solid ground and into the Light of Loving-Life!

Are you tired of being Lost at Sea with no paddle? I am here with a hand to pull you up onto the Land, so that, together, We can help others Stand Up. There are many that need You too, so let’s get your paperwork on the Record Today! Stand Up on the land today! Contact the Assembly Here!

The Declaration of Independence

4th of July, 1776 “WHEN IN THE COURSE OF HUMAN EVENTS, it becomes necessary for one people to dissolve the political bands which have connected them with another, and to assume among the powers of the earth, the separate and equal station to which the Laws of Nature and of Nature’s God entitle them, a decent respect to the opinions of mankind requires that they should declare the causes which impel them to the separation.” See the Full Text Here.

Our Indiana Jural Assembly is dedicated to the restoration of a complete and fully operational land and soil jurisdiction State and County court system serving the people of Indiana, the preservation of the National Trust, the enforcement of the Public Law, the upholding of the Federal Constitution owed to our State and People, the re-population of our land and soil jurisdiction, the filling of vacated Public Offices, and the reclamation of our material and intellectual public and private assets. To these ends we, the living people of Indiana, have called the eligible Indianan nationals and electors to assemble and to serve as Jurors and Officers, and we have established the process and procedure to qualify Jurors and others competent to hold State Citizenship and Public Office. We do this peacefully and without rancor in the exercise of our unincorporated powers and capacities.

We the People have a right to assemble

The First Amendment states that “Congress shall make no law respecting an establishment of religion, or prohibiting the free exercise thereof; or abridging the freedom of speech, or of the press; or the right of the people peaceably to assemble, and to petition the Government for a redress of grievances.” People have the highest level of authority in our lawful government, and therefore, we need to responsibly assemble to address issues and solve problems. We must demonstrate that we are able to responsibly self-govern by holding regular meetings and establishing a written record of those meetings. Responsible, self-governance is the foundation of American Common Law.

Continental Congress and the return of DeJure Governance

The Continental Congress will be convened by representatives as a Quorum of settled DeJure States under the original Constitution for the united States of America.  We will restore our lawful DeJure Government and give notice to the DeFacto Government that we no longer need their monthly contracted services.  Our courts that have been co-opted and corrupted to British Equity Law, will be restored to American Common Law courts, living under the Law of Peace.

Submit your questions to [email protected]

Sign up for Webinar reminders and Weekly Call Links https://webinarsearch.americanstatenationals.org/

Order the DEBT Redemption Bundle for yourself, a Gift, or for Charity:

Items with * complete and upload to https://Indiana.WeTransfer.com:

The Indiana Assembly©TM accepts all Gifts and waives all benefits.

*Gift Cards for Family and Friends